Is there a source for Stainless Steel Brake Caliper Pistons?

21 replies to this topic

I got a reman rear brake caliper from the local O'Rielly's. The piston looks like a cheap pice of crap. The calipers I got from Mazda seemed to use a pretty decent looking piston in the caliper by comparison. I'll post pics tomorrow night.

I think I'm going to rebuild my calipers in the off season. Where could I source a set of nice stainless or steel brake caliper pistons?

This is what O'Rielly's reman caliper (AJ Cardone?) looks like. Notice the rough surface of the piston. 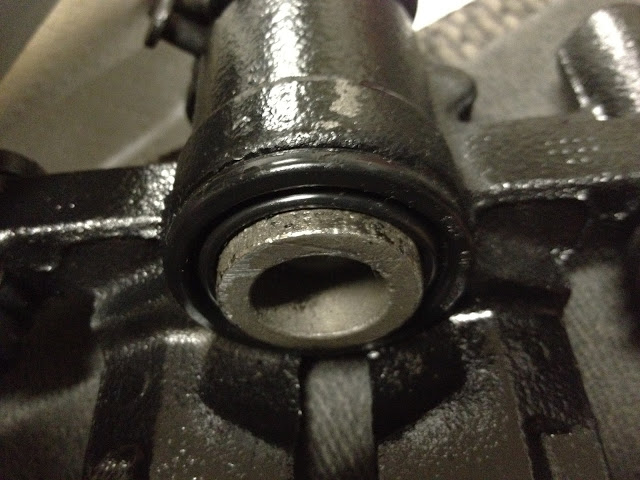 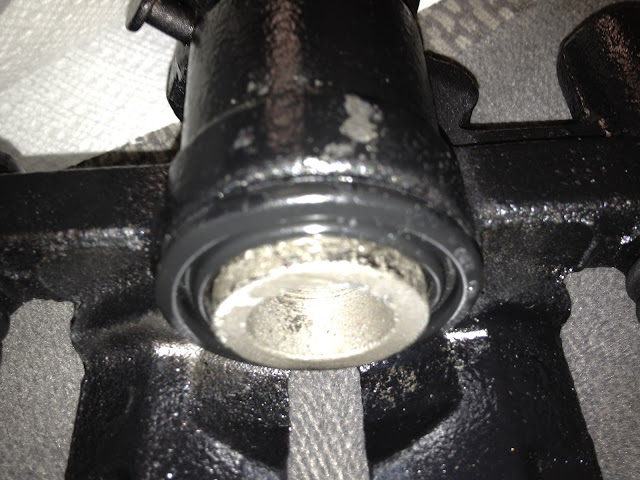 Here is the what the caliper sourced from Mazda Motorsports looks like. Notice the nice smooth piston surface. 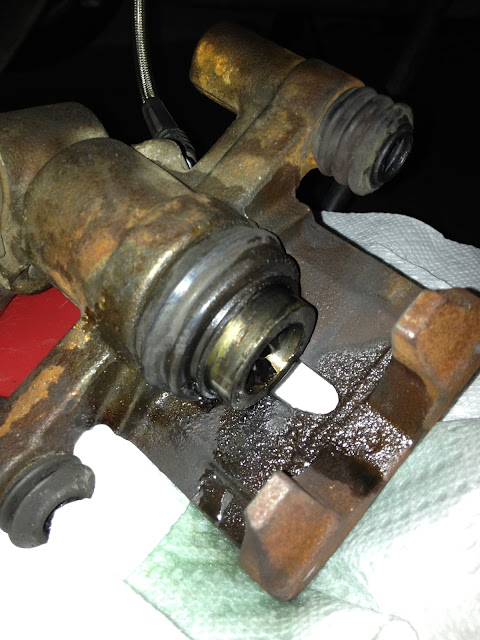 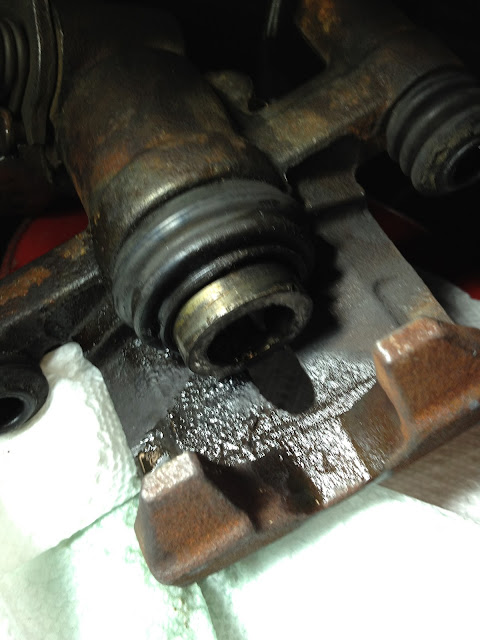 Not sure I'd get another one from O'Rielly...

I have had the opposite result. I went through 3 or 4 front calipers, they would leak . It looked like they would not get the rubber boot on right.

Then I bought a rebuild kit and I could not get it right either. I finally just went with Drago's product and have not had any issues since.

At the risk of jinxing myself, I've had totally troublefree results with stock (non rebuilt) calipers over nine plus years of ten+ race weekend seasons. But then I figure brakes are overated anyway!
Rick
P.S. I am a bit of a clean fluid nazi however and change it out very frequently.

SM: The safest race car in the world. It can just
barely kill you.

I have had the opposite result. I went through 3 or 4 front calipers, they would leak . It looked like they would not get the rubber boot on right.

Then I bought a rebuild kit and I could not get it right either. I finally just went with Drago's product and have not had any issues since.

Our local NAPA offers a few different varieties/price ranges. The premium product is more than the the stock with the MSM discount.

. But then I figure brakes are overated anyway!
Rick

Bah, Brakes just slow you down!

Where are you getting NEW stock calipers? I didn't think they were made anymore.

Two of the last four calipers I got from Mazda had new pistons. I returned one because it looked so bad. I usually clean them up with some wet sanding regardless.

Where are you getting NEW stock calipers? I didn't think they were made anymore.

I don't think anyone said they got NEW calipers. Even when I ordered from Mazda back in 2010, 3 of the 4 looked like remans. Only one looked new and came direct from Ontario, Cali. The others came from different dealers.

I don't think anyone said they got NEW calipers.

Well, Rick said he got stock calipers that were "non rebuilt" -- doesn't that mean new?

2 rear calipers in a row from MazdaComp leaked at the piston. Both remans of course. Opened the 2nd one up to rebuild and the piston had gouges in the side. Had to use the piston out of a backup caliper.

MazdaComp's quality on some items has gotten pretty shoddy over the last year or so. Their alternators and any bolts and nuts have become suspect, and now I don't trust their caliper rebuilds either. What's next?

I think there is but Hondas are chick cars.

Well, Rick said he got stock calipers that were "non rebuilt" -- doesn't that mean new?

I interpreted that to mean to calipers that shipped with the car from Japan. Where did you read "got"?

You are correct - you cannot buy a new caliper, not even from MazdaComp.

The ones that are 22 years old? Maybe, hopefully he'll clear it up for us.

We use the NAPA Eclipse brand with pretty good success. I with the pins were better, we have sheared pins at tracks with rough curbing.

Yep, HPD. They do the Honda Challenge in NASA. Four classes of cars from mild to wild.

You are correct - you cannot buy a new caliper, not even from MazdaComp.

There are import OEM available, many from Mexico. Even the rebuilds have new pistons, fittings and hardware. About the only thing they keep on the rebuild is the caliper body.

A1 Cardone are the absolute worst.

Not sure who is doing Mazda's recent stuff, but it ain't good (and hasn't been since at least 2008).

AutoZone/Duralast look the best and appear to have many new parts, including the pistons.... BUT ..... I have seen the dreaded infant mortality caliper leak with these as well.

I currently suspect that at least one sub-supplier of the rubber bits has gone too soft on the piston seal material, and, as a result, the seals are extruding past the pistons under high pressure combined with high temperature. I am looking into this more to determine if piston or bore dimensions might also be a factor. I pressure-test every caliper I work on, and have never had a failure - however, the Autozone/Duralast units I have previously recommended have had at least one on-track failure despite passing my pressure test on the bench.

Recommendation: Don't "rebuild" known good calipers unless you need to, at least not as regards the main piston seal. Replacing pin boots and dust seals are fine, of course. Your 15+ year old rubber from Mazda's OEM supplier is almost certainly better than what China Inc. is selling the rebuilders (including the rebuilders Mazda North American may be selling at any moment in time).

IF you rebuild, for now I would suggest using Mazda's rebuild kits - they are expensive, but I have "proven" (strong word meaning "I've convinced myself") that they perform as well as the original parts, at least as regards durometer, "blowout" pressure, and DOT4 fluid compatibility.

I never, ever, ever, saw an extruded seal or serious caliper leak until this year - and those leaks I did see prior to this were due to pitted/rusted pistons, not a seal that had extruded out of its groove

I am going to get to the bottom of this, but until then - don't "rebuild" trustworthy calipers, and don't fully trust "new" or "rebuilt" calipers until you have enough time and high temperature/high pressure stops to warrant the trust you are putting in them. Monitor for leaks diligently if you have installed new or rebuilt calipers.

If you feel the pedal sag while on-track, dial it back immediately, pull her in, and don't go back out until you know what the problem is and have corrected it. The $4 trophy isn't worth it, and this is coming from a guy that thinks leather helmets, overalls, and Hawaiian shirts should still be legal driver's gear.