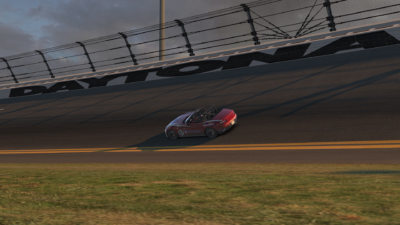 Two paths can be taken to the grand prize of the test in a Global Mazda MX-5 Cup car. At select Mazda Motorsports events throughout 2018, Mazdaâ€™s consumer display will feature a racing simulator that utilizes a Mazda Global MX-5 Cup car at Daytona International Speedway. The race fan who records the fastest lap time throughout 2018 on that simulator will earn an all-expense paid VIP trip to the 2019 Rolex 24 at Daytona as a guest of Mazda Team Joest.

For those who are not at the track, the Mazda Hot Lap Challenge will be mirrored on iRacing. Following the same schedule and same circuits as the at-track portion of the Mazda Hot Lap Challenge, the iRacing members who record the top-five fastest lap times will be entered in an end-of-year race where 35 racers will compete in Global MX-5 Cup cars at Daytona International Speedway. The winner of that race, which will be broadcast live on iRacing, will receive an all-expense paid VIP trip to the 2019 Rolex 24 at Daytona as a guest of Mazda Team Joest.

At the 2019 Rolex 24 at Daytona, the two winners of the Mazda Hot Lap Challenge will face off in a head-to-head battle on the simulators at Mazdaâ€™s consumer display with the winner earning a test in a Global Mazda MX-5 Cup car.

Mazda Motorsports
Mazda Motorsports boasts the most comprehensive auto racing development ladder system of any auto manufacturer in the world. The Mazda Road to 24 (#MRT24) program offers a number of scholarships to advance drivers up the sports car racing ladder, beginning with the Global MX-5 Cup series and culminating with the Mazda Prototype team. The Mazda Road to Indy (#MRTI) is a similar program that includes Mazda-powered categories of USF2000, Pro Mazda and Indy Lights. In grassroots road racing, more Mazdas race on any given weekend in North America than any other manufacturer. Follow all of the latest news at MazdaMotorsports.com, @MazdaRacing on Twitter, and MazdaMotorsports on Instagram and Facebook.