33 replies to this topic

The fire was pretty hot: 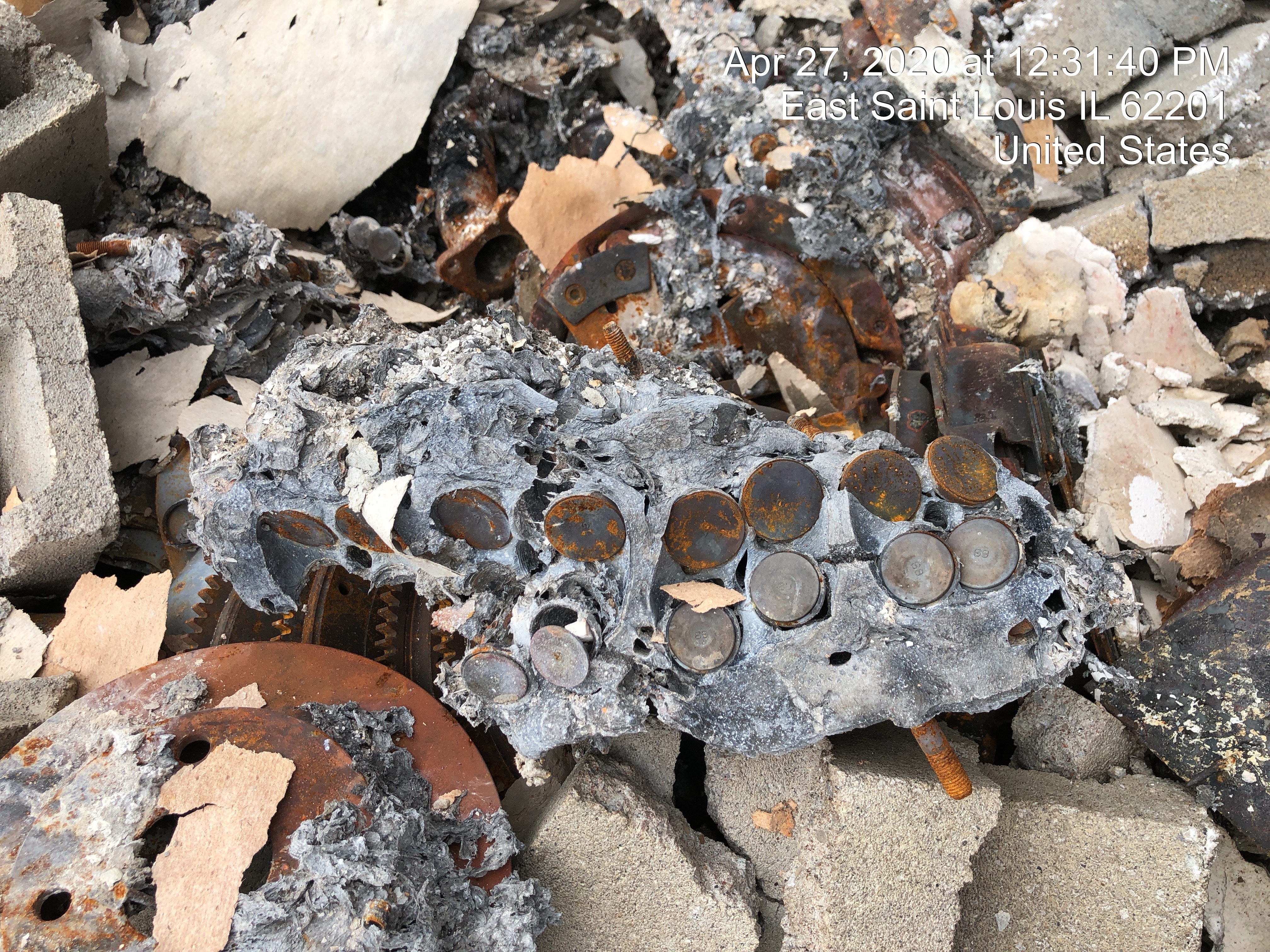 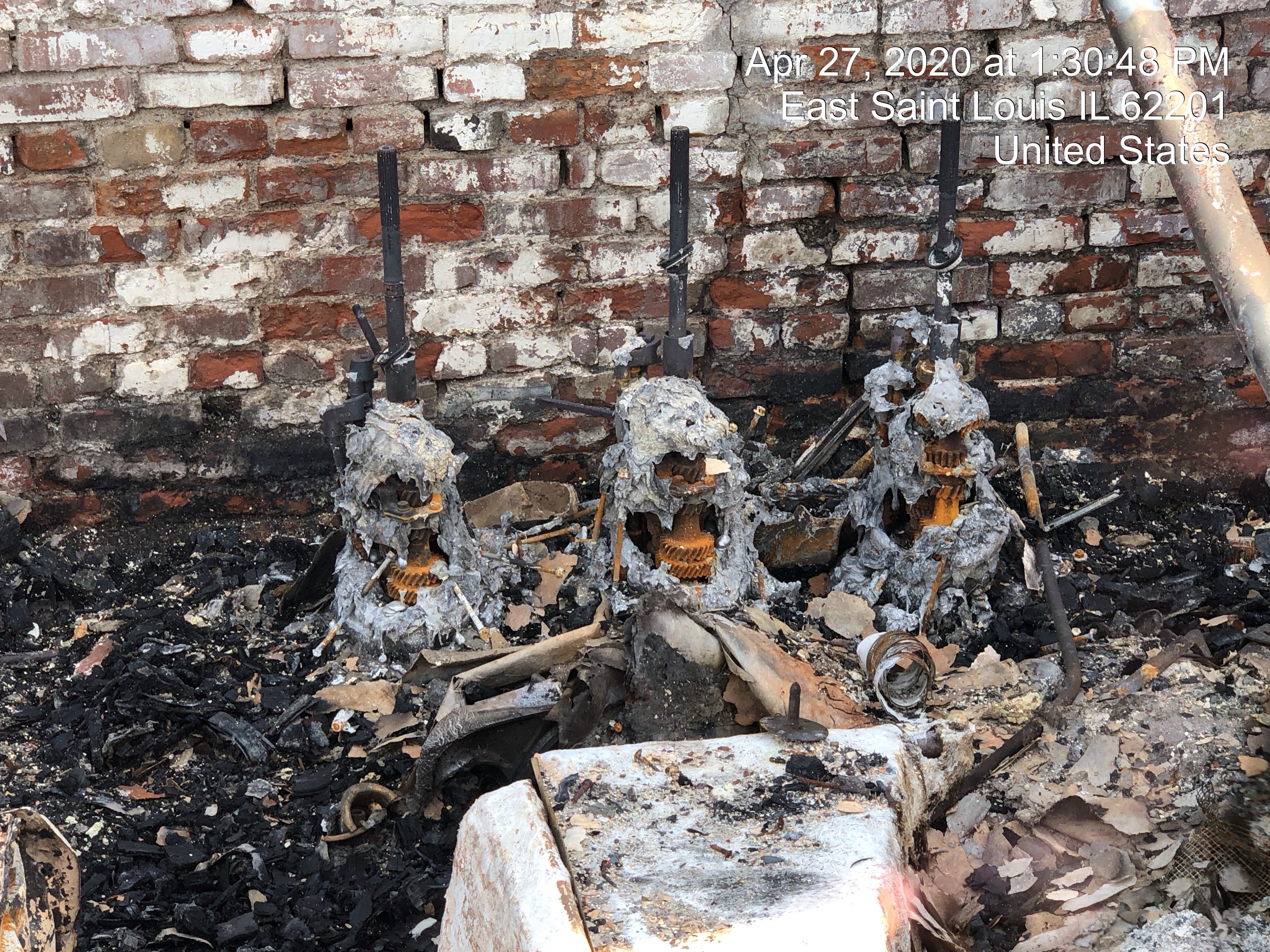 There was an NSX parked directly behind the SM: 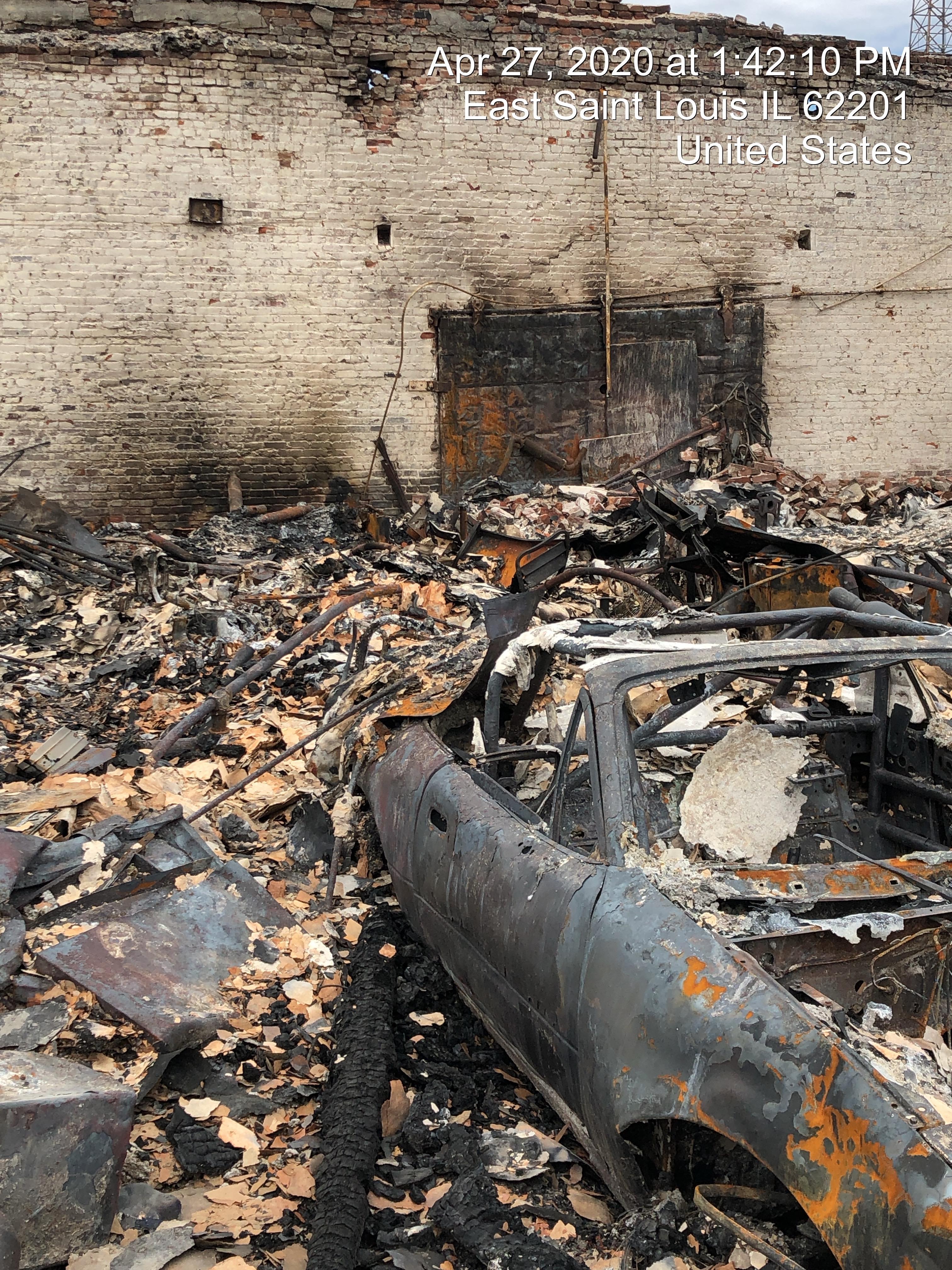 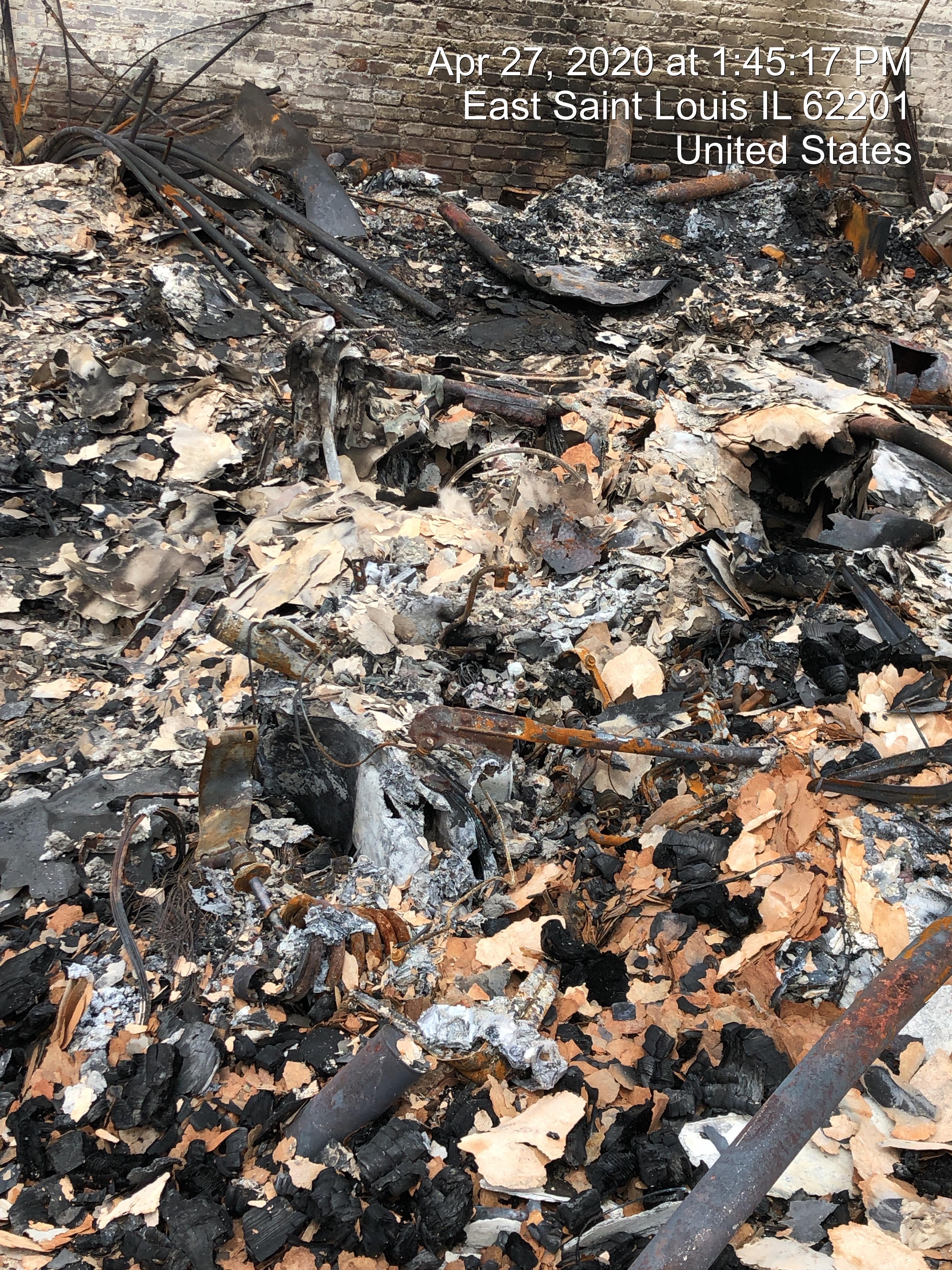 Such a massive loss.

So sorry about this.

I'm not bringing his up to be insensitive or callus, but this event reminded me:  Hagerty will insure your race car at your declared value for less than the cost of one tire per year. It covers your car everywhere except when actually on track. It also gets you one of the best car magazines out there.

Was a no-brainer for me.

So sorry about this.

I'm not bringing his up to be insensitive or callus, but this event reminded me:  Hagerty will insure your race car at your declared value for less than the cost of one tire per year. It covers your car everywhere except when actually on track. It also gets you one of the best car magazines out there.

Was a no-brainer for me.

Yep, I'm in a pretty crap situation with them.  I engaged them for a quote several months ago, got the quote, and was waiting on them to add my trailer to the policy before buying it.  I was $170 away from it all being covered for me.  Their agent didn't follow through, but ultimately it's my fault I didn't follow up sooner.

Not sure Haggerty was even an option when I moved into the shop. And of course my exposure has increased over the years to well in excess of what my homeowners will cover off-premises for tools & equipment. So definitely I needed something more than what I had, though in terms of the cars I have heard higher rates recently than your 1 tire comparison. Still, even considering the time value of money and the long period of time I would probably be better off, though obviously not nearly the entire value. That’s how the insurance game works. Fortunately I don’t need to replace anything that my existing coverage won’t easily cover so I’m not out money, just stuff.

And I should add that there are a number of serious issues with how it all went down, the fact that the sprinklers didn’t work, some hydrants didn’t work, how long it took to call for more help, and more. We were only one of 5+ bays destroyed so there are a lot of people looking for answers, and blood.

If there’s one thing for which I’m grateful, it’s that it didn’t mysteriously start in our bay while nobody was there. None of us need lose sleep wondering if we f’d up, or someone else did. (There was never any real chance of innocents being injured or killed.) What bugs me is that I wasn’t there, I was doing shopping & errands for family. Had I been there I could have easily rolled the dyno and quite a few cars & toolboxes down the ramp before it got into our bay.

I appreciate the kind words and thoughts, here and through other channels. I’d like to pass along some positive news. As mentioned, my 1991 NSX, a highly modified street car, was parked at the shop but still licensed and insured. Given how they have appreciated in recent years and the costly customizations, I was concerned about getting fair value for it. The first two valuations were significantly low by my estimates but they worked very patiently with me and ultimately offered to have it go to an independent appraiser. That seemed risky for me since there was nothing left to appraise but old receipts and only a couple old photos of the car, but I agreed. The appraisal came back significantly above my “at least” number, far above previous offers, and it was paid immediately without further debate. The process worked and I am entirely satisfied with the outcome.

I was less hopeful about my homeowners policy given that the shop is in a different state (Illinois while I live in Missouri) and largely ignorant of my own policy I figured there would be all kinds of fine print to limit my claim one way or another. I knew up front that cars and most/all car parts were not covered but I also lost a vast collection of tools and equipment including a very expensive chassis dyno. There are still a few small items that require clarification, for example they equate H&N restraints with seatbelts rather than a personal safety item attached only to the driver like a helmet, but the vast majority of what I could recall and list has been accepted. Mind you I put a ton of hours into documenting with emailed order confirmations, pictures in-use or from around the shop where I happened to have them, and pictures from the fire scene where I could get them. It would have been a LOT easier to keep a file and pictures all along but like a lot of people I’ve never really wanted to know how much I spend.

I undoubtably left out countless little tools and such that I rarely used and didn’t even bother with cabinets full of spray paints, solvents, cleaners, sandpaper, etc. but it was still quite a list.

Anyway, yesterday I received formal notice of the depreciated value payout sent to my bank and the itemized list with the remaining balance per item payable upon submission of the receipt after actual replacement. (For those not familiar with replacement value policies, for used items you get cash for the depreciated value then have the option to pocket that and not replace the item or replace it and get reimbursed for the balance.) And to top it off, they offered to bypass that step on the dyno and prepay the balance directly to the dealer so I don’t need to pay it out of pocket and wait for reimbursement. Their idea.

I have both auto and home policies with State Farm and have used them for the past 23 years. I’ve never had a homeowners or renters claim of any kind before now but I’ve heard a lot of angry stories about various companies, including some downright dishonest treatment by different agencies of someone else who suffered damage from that same fire. So for the record, State Farm has worked with me in good faith and with patience, and I am entirely satisfied with the outcome thus far and see no reason to believe the final steps regarding replacement reimbursement over the next few months will be any different. Just thought it was important to make that known.

Congrats Steve, that is a good story. It often does not go that way. Insurance companies want documentation and often that is the hard part, we just don't keep it. You also got lucky in that the claim handler you happen to draw is as important as the company. It starts there with the approach to solving the claim.

Fwiw, for the NSX and other similar, low volume, cool cars, Haggerty and Grundy are great options for insurance.  I have my FD RX7 insured with them with an agreed value.

Glad to hear things went well with State Farm - and more importantly your agent there.  Good Agents are hard to find.  Most don't gaf about anything beyond their commission...

Well, I got different people working each claim and the HO one was kicked to the Special Investigative Unit for awhile so I dealt with a few people. One 1st level phone support person aside, they all seemed knowledgeable and helpful. Perhaps for once I hit a streak of good luck, but I’ll take it.

Fortunately I did not have Haggerty coverage on the NSX. Even as recently as a few years ago I would have pegged the value at roughly 60% of what it paid out at, but they have appreciated well for a not particularly rare Japanese car since then and I doubt very much that I would have kept up with that. One guy in the shop lost a beautiful historic Alfa and his Haggerty agreed value was similarly far behind so he regrets not making adjustments over time. Obviously I wish very much that I had such a plan on my other cars because I’ve got nothing to show for them, though there may yet be some measure of recourse through the warehouse.